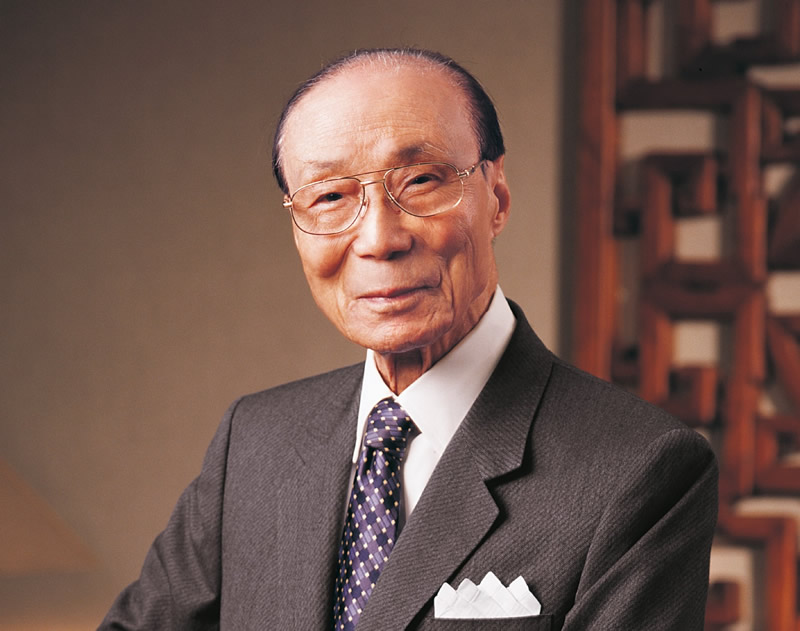 The late Sir Run Run Shaw, world renowned philanthropist and movie and television magnate, was the Founding Patron of Shaw College. With his usual generosity and particular concern for the education of the young, in 1986 he made possible the creation of a fourth college at The Chinese University of Hong Kong, promising learning excellence to future generations.

Sir Run Run was Executive Chair of two of Hong Kong‘s most successful entertainment and media listed public companies: Shaw Brothers (HK) Limited and Television Broadcasts Limited (TVB). His contribution to the entertainment industry is legendary, as is his generosity towards education and the arts.

Widely acclaimed for his long years of community service, Sir Run Run received international awards from several countries, including the United Kingdom, Belgium and France, and in July 1998 was awarded Hong Kong’s highest honor the Grand Bauhinia Medal by the HKSAR Government. Moreover, he received honorary doctorate degrees from the UK and the USA, and nearer to home from China, Macau and Hong Kong. A staunch advocate for the Hong Kong Red Cross, he served as President for over twenty-six years and in 1998 became Vice Patron.

In his later years, Sir Run Run resolved to use his modest influence in the global advancement of knowledge and research and together with his wife, the late Mrs Mona Shaw, established the Shaw Prize to recognize imaginative individuals who have contributed to furthering societal progress, enhancing quality of life, and enriching humanity’s spiritual civilization. The Shaw Prize continues to move forward under the direction of The Shaw Prize Foundation.