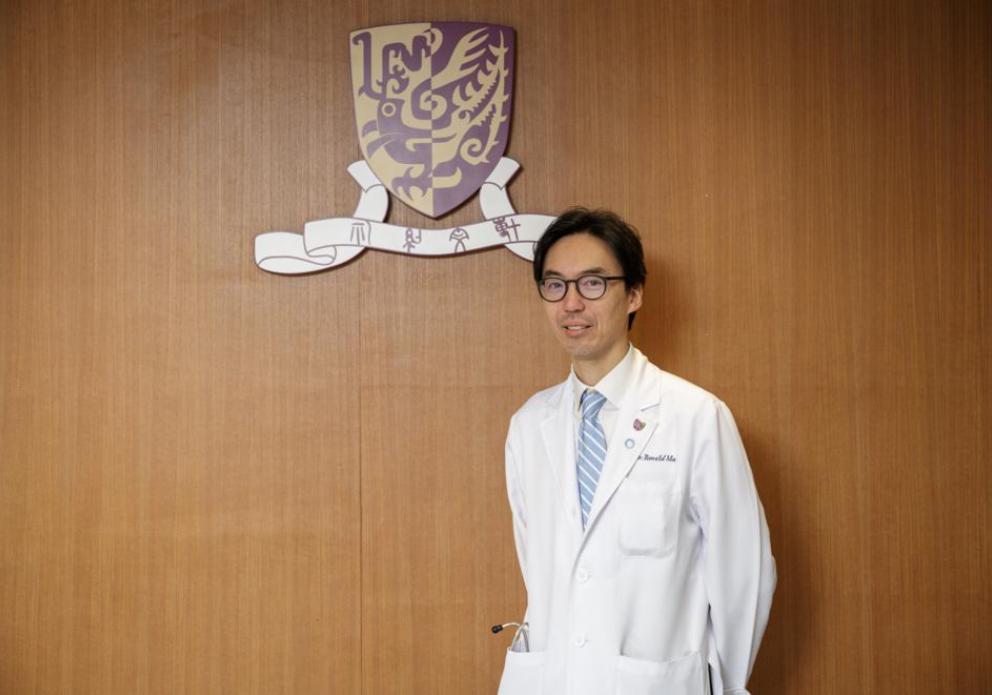 Professor Ronald Ching Wan MA, Professor and Head of the Division of Endocrinology and Diabetes (Academic Affairs) from the Department of Medicine and Therapeutics of the Faculty of Medicine at The Chinese University of Hong Kong (CU Medicine) received “The Xiaoren Pan Distinguished Research Award for Epidemiology of Diabetes in Asia” from The Asian Association for The Study of Diabetes (AASD) in recognition of his outstanding scientific achievements in epidemiological studies of diabetes in the region. Professor Ma is the second CU Medicine scholar to receive this prestigious award from AASD, after Professor Juliana Chung Ngor CHAN.

The AASD acknowledged Professor Ma’s effort in setting up a multicenter biobank enhancing the Hong Kong Diabetes Register as well as his studies in women with gestational diabetes, which resulted in the discovery of genetic regulation of diabetic complications, notably diabetic kidney disease, highly relevant to the Asian population.

Professor Ma remarked, “I am most grateful to the AASD for the recognition of our research work in the field. Diabetes is a common disease affecting more than 10% of the population with an expanding range of related complications. The life expectancy of people with young-onset diabetes can be shortened by seven to eight years compared with the general population. It is our foremost mission to understand the epidemiology of diabetes and diabetes-related complications so as to provide precise strategies for intervention and prevention. We shall continue to strive for innovation and excellence in our research work bringing improved care for people with diabetes.”

Professor Ronald Ma, who joined CUHK in 2008, is a specialist in endocrinology, diabetes and metabolism. He has been carrying out research on the subject of diabetes and its complications for nearly two decades. His research focuses on improving our understanding of the epidemiology of diabetes and diabetes-related complications, and translating these to improve diabetes care. His laboratory has utilised several large cohorts, including the Hong Kong Diabetes Register, to identify genetic and other novel biomarkers associated with type 2 diabetes and its complications. His group identified several of the key genes associated with type 2 diabetes in Asian populations. He is currently conducting one of the largest genetic studies in diabetic kidney disease to improve the prediction of diabetic kidney disease in the Chinese population and to identify new ways for treatment.

With over 300 research articles published in international peer-reviewed journals, Professor Ma has also received several awards, including the Ten Outstanding Young Persons Award, Hong Kong, the Croucher Senior Medical Research Fellowship, and the Albert Renold Fellowship from the European Association for the Study of Diabetes.

Professor Ma currently serves as a Board Member of AASD and the International Society for Developmental Origins of Health and Disease (DOHaD). He is also former president of Diabetes Hongkong, a charitable voluntary organisation dedicated to promote social awareness of diabetes and to serve people with diabetes, and of the International Diabetes Epidemiology Group (IDEG). He has been advising the World Health Organization as a member of the Working Group on the Science and Evidence for Ending Childhood Obesity (ECHO), and is now a member of the International Federation of Gynecologists and Obstetricians (FIGO) Pregnancy and Non-Communicable Diseases Committee.

The AASD award was established in 2013 to recognise outstanding epidemiological research in diabetes and related metabolic diseases for the improvement of diabetes care in Asia. It is named after the late Professor Xiaoren PAN, the renowned clinician and scientist who contributed greatly to the understanding of epidemiology for the prevention of diabetes in Asia. Awardees are invited to deliver a lecture at the AASD Annual Scientific Meeting.

About The Asian Association for The Study of Diabetes (AASD)

The AASD was established in 2009 as an international academic organisation corresponding to the American Diabetes Association and the European Association for the Study of Diabetes. The AASD is committed to promoting diabetes research activities across the region by organising annual scientific meetings and publishing the Journal of Diabetes Investigation to strengthen academic collaborations with international societies or associations.